What You Need to Know About Being a Fire Wife 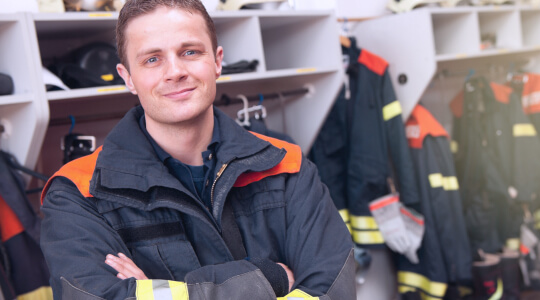 What You Should Know About Firefighter Divorce Rates

There are a lot of people who believe that being in any kind of civil service, like firefighting, is positively correlated with an increased prevalence of divorce. However, the fact is that firefighters aren’t all divorced or in danger of being divorced. According to research, there are two different ways to look at divorces: through men and women.

For men, the statistics have shown that there is no increased risk for men to be divorced compared to other people in their age range. However, that is only true when the men have not already been divorced once, which increases the overall likelihood that they will get divorced again.

For female firefighters, the stats are not so kind. It’s clear that firefighters that are women have about a 20 percent increased chance of being divorced when compared with other individuals in their same age range. All in all, the chance that a male firefighter will be divorced is average and a woman firefighter is more likely to be divorced.

The Statistics on Firefighters Cheating

Another aspect of marriages and relationships in general about which people are interested in is cheating. After all, nobody wants to be in a relationship with someone that is not going to be faithful to them. Firefighters are somewhat romanticized, so it’s easy for them to get the attention of an attractive person that would like to be with them regards of their relationship status.

According to the information that is available, cheating is not necessarily the problem that affects firefighters and leads to them being divorced: it is the stress of the job. That means that firefighters are only as likely to cheat like everyone else around them. In other words, if you’re going to date a firefighter, then them cheating is not going to be affected by the job that they hold. If they fall into the same trappings as other people, then they’ll be likely to cheat.

Being Married to a Firefighter: Good and Bad

Any time that you consider getting into a long-term relationship, you have to consider the possibility that you will end up married. As such, it’s important to weigh the positives and negatives about being married, especially in light of the difficult job of being a firefighter. There are both good and bad things that come with being involved with a firefighter.

For starters, we have to look at the positives. For one thing, firefighters that are involved with the work professionally earn decent wages, have benefits and can be great providers. Even firefighters that do the job as volunteers are great, too. After all, both types of people are risking their lives so that they can help protect others. Not only is it a good job, but it is also a noble job.

These people are constantly helping people on their worst days, and you can take it into account that the person you’re married to has a lot of character. These men and women are often celebrated within their community for going above and beyond to help people that are experiencing the very worst parts of their lives.

Yet, there are some things about being married to a firefighter that are not that great. For example, firefighters deal with one of the most traumatic and difficult jobs that exist. These men and women have to see people that are hurt, see their teammates get injured, and risk their lives. That can build up a lot of stress in them and cause them to have difficulties at home. That’s not even counting the fact that a firefighter could get seriously hurt or die on the job.

Being married to a firefighter can be very difficult, but it can also be very good. Choose your partners carefully to get the best outcomes and don’t be afraid to ask them to get someone to talk to so that they don’t bring their stress home with them. That way, your home will be far more settled than it would otherwise.

Some Advice for New Firefighter Wives

Women that are going to marry firefighters have to be prepared for the trials and tribulations that come with married life. That’s why it is important to have some hand advice to keep in mind while you’re contemplating marriage.

One of the most important things to do when you get married is to evaluate whether or not your firefighter partner needs to be involved in therapy. According to many studies, this can help them deal with stress and trauma that they deal with at work.

There are other, more mundane, forms of advice that you can use. For one thing, you have to know the people at the station and who to call when there is an emergency. On the days when your husband is going to be on active duty, you have to allow him to rest so that he can go to work with a clear mind.

Another piece of advice would be to leave the politics of firefighting out of your everyday life. There are always people jockeying for position. Don’t let it affect your marriage in any way or give in to the gossiping. Lastly, you need to be very flexible. Your days and nights can change in an instant as duty calls. As long as you’re willing to roll with the punches, your marriage will be fine.

Sign up for free!
More articles
Browse popular articles
Author: Jennifer Lorusso
Jennifer Lorusso is a recognized dating and interpersonal relationship expert. As a woman with Psychological degree, she utilizes both her whole life training and her incredible life experiences to serve her readers. She is known for her approachable manner and empathetic abilities. She trully believes that everyone can find true love as long as they believe it is available to them.
Home Dating Tips Being a Firefighter Wife: Pros and Cons