Why do people cheat in relationships and risk arguments?

If you're single, have you ever had an affair with anyone? If not you directly, perhaps you've heard stories going around your friendship circle of people who have been in a relationship with someone else's partner? There is sometimes a perfectly good reason for a person to decide to cheat. It could be that their partnership has become tired and stale, things have got into a bit of a rut and they've decided they'd like to live a little. If this means going behind their significant other's back, perhaps it's the spurned individual who needs to wonder why their actions drove their partner away. On other occasions, it has nothing to do with wanting to make waves – an opportunity presents itself and is taken advantage of. Although a lot of couples still manage to enjoy monogamous, exclusive relationships with each other, a lot of people cheat. 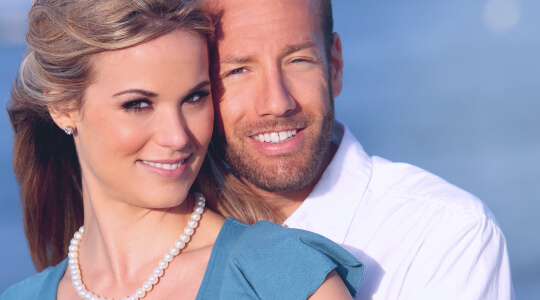 Why do people cheat in relationships?

People cheat all the time, so there are deep-seated reasons why people have no qualms about what is often seen as betraying their partner. The most obvious of allures is a sexual desire. A person might think they have a great life with their partner and are only too happy to talk about all manner of subjects, as well as enjoying a healthy physical side of their relationship. Even so, couples can begin drifting apart. There are not necessarily any major hiccups or fallouts between them, but all of a sudden one party will dwell on the notion that there might be something more to life, even if they seem to be content – at least on the surface. Friends who have taken the step to pursue relationships out with their main partnership might offer tips. Men in close friendship groups often stick together, remaining loyal to the 'brotherhood' rather than taking the side of the person being cheated on.

What do married men usually want from affairs?

It might seem a bit of a contradiction in terms, but what many men look for in an affair is stability. It could be the case that the relationship with a wife is going through a bit of rocky spell; or the reverse, the marriage is solid but has lost any edge, any spark. Even the most stable partnerships require a bit of tension now and again, otherwise they can lapse into predictability. But they will be looking for is some kind of 'normality,' for want of a better word. Rather than the breakup of the marriage, they will be looking for a convenient alternative, not a replacement for their dull life, but someone reliable they can turn to when they want to get away from the situation at home. They won't necessarily be looking for a long-term mistress or an ultimate break up their marriage, because they have so much to lose - from their home to their family. But they will certainly be looking for some excitement, especially with a sexual partner willing to be more adventurous.

Why do women end up cheating on their husbands?

Women will end up cheating for all sorts of reasons. In some situations, they have reached a point in their life where they have grown a little jaded with their partner and have perhaps had the occasional inclination of wondering if there is more to life. It is not unusual for some married women to find themselves drawn to having affairs with other females. Once upon a time, the prospect of a wife going behind her partner's back for an affair with a lesbian was something that only seemed to appear in lurid novels or film scripts. But in the more relaxed and inclusive sexual atmosphere we live in today, people feel much freer to experiment with their sexuality. When a woman has reached a certain age in life, it could be the situation that her marriage has simply got boring, and she is looking to rekindle that spark of sexual elation she once enjoyed with her husband when he was a willing younger guy.

How do men feel after having cheated?

Men who have cheated are liable to go through a variety of emotions. Some guys will feel a buzz. They've committed something illicit, taking a chance on a situation that seemed to be much more daring than getting together with some random single girl in a club. They will be eager to boast about this exciting connection with friends because they'll assume it will elevate their status in the locker room. They might relish being seen as a player, willing to take risks. But the overwhelming emotion tends to be guilt. Cheating might lead to instant sexual gratification, but this is often followed by a period of dwelling on the people betrayed in this situation. Men don't always embark on affairs hoping to make this any sort of regular commitment unless the women they are dating are quite happy with this relationship. On the other hand, it is not unknown for affairs to develop into something much more long-term, and for marriages to break up. Affairs lead to all sorts of feelings and emotions needing to be taken into consideration.

There are various ways to look at cheating, some of which are all too readily stereotyped. People having affairs has been a staple of TV dramas and films for as long as these have been created. It is easy to jump to conclusions about what drives people to cheat. But what you have to take on board is the fact that every situation is unique, and there's no point anticipating what is likely to happen based on other's experiences. You can easily second-guess what will happen if you are having an affair with someone's wife and the spurned party finds out. This is a situation that could lead to unpleasant encounters. So one important aspect of cheating is to remain discreet at all times, and try to cover your tracks as best you can. When your casual relationship has reached its logical conclusion, either because you have found someone else or your partner has had second thoughts, be prepared to accept this and have a clean break. The worst thing you could do would be to get overly clingy.

Sign up for free!
More articles
Browse popular articles
Author: Jennifer Lorusso
Jennifer Lorusso is a recognized dating and interpersonal relationship expert. As a woman with Psychological degree, she utilizes both her whole life training and her incredible life experiences to serve her readers. She is known for her approachable manner and empathetic abilities. She trully believes that everyone can find true love as long as they believe it is available to them.
Home Dating Tips Why Do People Cheat in Relationships?