In terms of chemistry, what do women look for in a man?

It might seem that the basic equation of a boy meets a girl is straightforward, an aspect of life that has driven humankind forever. But in the digital age, the nature of what women look for in a man and vice versa has altered. If you have a specific ideal of your own, you might wonder if there is a typical place to track down these individuals? The truth of the matter is that dating is, as it has always been, a matter of chemistry. 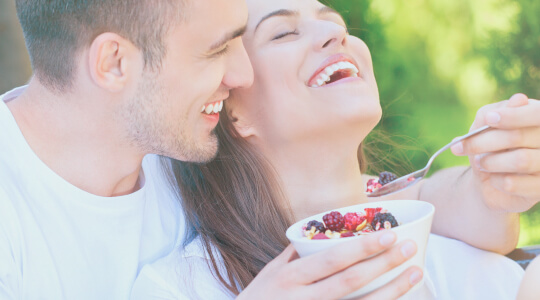 What do women look for in a man?

There is no overriding reason why women might be attracted to a particular guy. One key concern is considering what type of sexual partner this person will be. But there are other aspects to planning for any potential relationship other than physicality. There is an adage that states beauty is only skin deep, and this is so apt when considering the age-old question of attraction. Someone might appear to be a fantastic looking individual on the surface, only to have a disappointingly dull personality. This is especially the case in the age of social media, where people attempt to project an image of themselves that is far short of the truth. With the invention of filters and Photoshop and many other ways of distorting images, what we see on the screen often fails to replicate the facts.

What aspects do men find most attractive in women?

When women are hoping to make connections with single guys for a relationship, they often consider Internet dating. This means signing up for the matching resource that will put them in touch with the cross-section of attractive guys. Just as women are liable to look for a strong physique in a male before determining anything about their personality, men are equally superficial when it comes to browsing through personal profiles on any dating site. Regardless of whether their ultimate ambition is to encounter someone worthy of marriage, or simply a series of one night stands, they will invariably be attracted to females who are younger and healthier looking. People who are overweight will tend to end up further down their wishlist, although a lot of men will always prefer females with voluptuous curves. The bottom line is there is someone for every taste, and it is impossible to generalize something as subjective as attraction.

What are the attributes to make a woman beautiful physically?

Guys who are getting into Internet dating for the first time might have taken advice from friends about the type of people they might meet on the way. But the moment they start checking out the profiles of available singles, they will come across a wide variety of individuals. The ones they are most likely to find attractive are those who look after themselves. A girl who spends time in the gym honing her physique is liable to gain more attention than one who appears to spend her leisure time sprawled on a couch, watching reality TV while devouring pizzas.

What do guys commonly look for in a woman's appearance?

When guys are considering their ideal look for in a potential partner, they may pay attention to some of the stories that have been circulated within their friendship group. If someone has posted about meeting a good sexual partner, they will invariably describe this in great detail. One thing about males is that their ideal female physique is often based on fantasy figures. This will be driven by images they have seen in the media, of models and actresses. Many guys aspire to meet skinny females with disproportionately large breasts, despite the fact the only way most women can achieve this superficial look is by visiting their cosmetic surgeon.

When guys go online they can only gain a snapshot of information from the profile details. As they are browsing through the personals, they'll tend to seek likely candidates for immediate encounters, rather than potential marriage material. When it comes to viewing females through such restricted parameters, guys might also opt for long legs, a slim physique, nice curves, and a pretty face. But once they get to know any of the singles who are eager to connect in the online environment, they will quickly discover that these attributes are second to personality. The verve and charm that any woman possesses all far outweigh anything as one-dimensional as her body, again assuming that she keeps her physic in reasonable shape.

Do males prefer intelligent women? Single females who are out to get acquainted with a male for a serious relationship should never consider dumbing down. All too often, this is an attribute that is employed in reality TV, where attractive females pretend that they have nothing striking to say. When they do indulge in conversation, they give the impression they are lacking in general knowledge and have no concrete political or social opinions. The reason females often do this is that they assume males are intimidated when they feel as if their prospective partner is more intelligent than they are. But the key to making a success of any relationship is honesty. Guys are far more likely to be attracted to a female who will always be herself. And they will always choose someone they can have a rigorous discussion with, over a girl who appears to be clueless.

Because we are all individuals, it can be difficult making sweeping statements about the ideal emotional or physical attributes that males or females aspire to. Certain generalizations can certainly be made, but for the most part, it's fair to say tastes are defined by individual rather than group preferences.

Sign up for free!
More articles
Browse popular articles
Author: Jennifer Lorusso
Jennifer Lorusso is a recognized dating and interpersonal relationship expert. As a woman with Psychological degree, she utilizes both her whole life training and her incredible life experiences to serve her readers. She is known for her approachable manner and empathetic abilities. She trully believes that everyone can find true love as long as they believe it is available to them.
Home Dating Tips What do Women Look for in a Man?