Am I Gay? How to Understand Your Sexual Orientation

Sexuality is a spectrum that continues to grow wider with every passing year. Some people are straight, others are homosexual, and other people are all over the place in-between or have no preference at all. Figuring out if you are gay can be a major challenge in your life, but it will also help give you some context on who you are and who you love. Consider the following, and you can start to get a better understanding of your sexuality and how discovering you are gay will impact your life now and in the future.

The sexuality spectrum can be confusing because of its intricacies. That being said, the fact remains that some elements of it are already defined and basically set in stone. In other words, being heterosexual is a valid sexual identity about which people know a great deal. It’s not something that will change. Heterosexual people like members of the opposite sex. When it comes to people asking how to become gay or how to know if they’re gay, the fact remains that the definition has been solidified. A gay man is romantically attracted to other men. They have gay relationships, gay sex, and they do not want someone of the other sex. Some people wonder, am I gay or bisexual. The overriding and obvious difference between the two setups is that bisexual people are romantically attracted to males and females. Thus, gay and bi people are different. When you get deeper into the sexuality spectrum, the lines may blur. For the sake of examining a person being gay, that only means one thing. 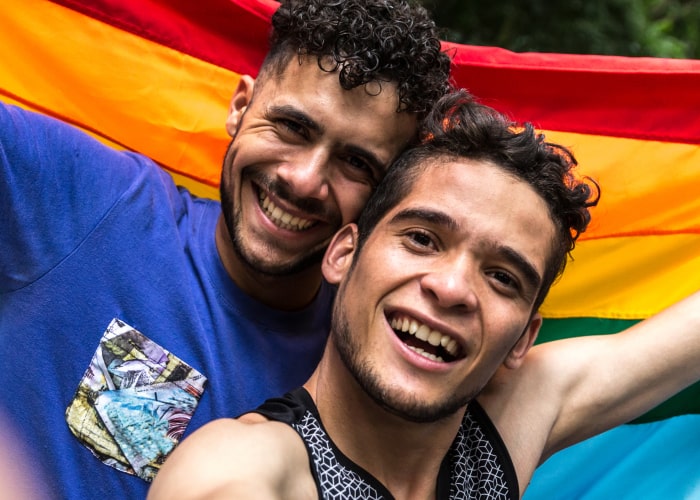 What Does It Mean to Be Gay?

So, if being gay only means one thing, then what does it mean? The most basic assumption here is that a man only seeks romantic interactions with other gay men. People trying to discover more about this sexuality may ask, why are some people gay? The truth is that it is biological. Some people are just biologically programmed to like people of the same sex, and that is not unique to humans, either. Many species have homosexuality. Another common question is, what is the sexuality definition in general? Basically, it is having a capacity for understanding sexual feelings. As that pertains to gay guys, homosexuality would be the love of someone of the same sex. That should answer another common question, what does homosexuality mean? With all that in mind, we have to move onto the signs of being gay. The most obvious sign that someone is gay is that they have sexual feelings for someone of the same sex. In the case of gay people, it’s when a man has sexual feelings for other men. For example, gay men will be aroused by the thought of men in sexual situations. Now that we know the gay meaning, you should know what it means to be gay or at least how to determine if you are gay on the surface level. A more thorough examination of determining your sexuality is coming next.

Pass the Gay Test and Understand Your Sexuality Definition

Since there are some areas of overlap in sexuality (gay guys and bisexual guys can experience confusion in their sexual identity), we have to consider a person’s sexual orientation and how to determine what they are. Most of the time, people want to take a streamlined test that tells them exactly who they are with no faults. Unfortunately, there is no such thing as a definitive “am I gay” quiz, but options do exist. Modern tests like the “Erotic Response and Orientation Scale (EROS)” are trying to provide more context to a person’s sexuality so that they can figure out where they fall on the spectrum of sexuality. Any person taking such a test should remember that the test is not entirely definitive; you can still grow as a person. However, the test should remove some of the doubt and uncertainty that exists in a person’s mindset. The EROS test examines how a person responds to sexual situations with men and women along with their fantasies and desires. If a person answers honestly about their feelings for men, it should be rather apparent that they are more on the gay side of the spectrum than anywhere else. That should clarify that you have gay feelings that would qualify you as being firmly gay, especially if you lack any sexual feelings towards women. While that may clear up your internal confusion, that might not help you when it comes to explaining your feelings to important people in your life. Learning how to manage this aspect of your life will be very important to your development as an individual. 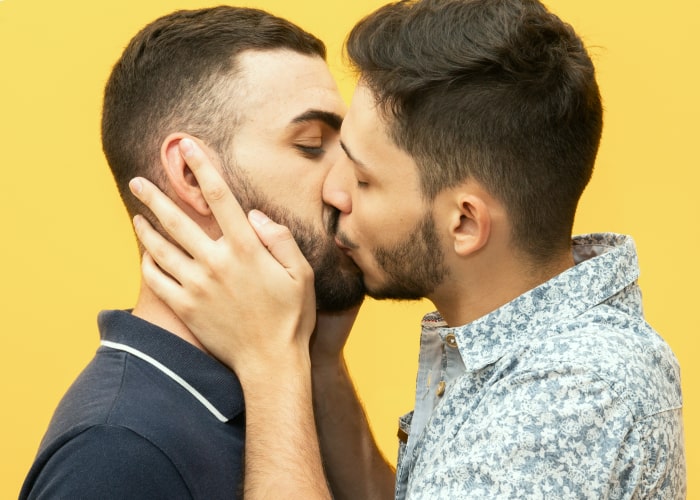 How Can I Confess to Someone That I Am Gay? And Where Can I Find Support?

You have discovered you’re gay. Now what? Unless people in your life have suspected that you are gay instead of straight, then you probably will need some emotional support. After all, coming out to other people is hard, and it can have major implications for the rest of your life. We will tell you more about the unfortunate side of coming out in the next section. For now, though, you should know that talking about being gay to someone can be a challenge. Although you might be tempted to obscure the truth by talking about odd scenarios, like “I had a gay dream” or something, it’s usually best to be direct and leave no source of confusion when you talk to someone about being gay. Sit someone down in a comfortable area and tell them that you have been thinking carefully about the way you consider other men sexually, and you have realized that you are a gay man. They might ask you if you think you’re gay or just bisexual, as though having a lingering like of women is somehow better. Be forward and direct, and just tell people. Sometimes, people you tell will surprise you by telling you that they have known you are gay for some time. Another thing to remember is that you are going to need support when you come out. Ideally, you should try to have some close friends and family on your side and slowly tell them that you are gay so you can gauge reactions. If that is not possible, or you have to stay closeted for safety reasons, you should consider meeting friends in safe spaces online. All sorts of support organizations exist for gay people that are having trouble with their identity. You can find groups of regular people as well as established local organizations to help you.

Homophobia and Contemporary Problems of Gays in Society

Lastly, we have to discuss the way that homophobia exists in our present society. Although many people believe that the western world is some paragon of acceptance, the truth is that gay support is largely regional. One would not have to travel too far to find people that do not support different sexualities. If you are in a coastal city, like New York or San Francisco, the chances are that you will find plenty of people that support you. However, in the interior of the United States, especially in the South and amongst certain racial backgrounds, you will find that homophobia is still a problem. Thus, it can be hard for a gay person to feel safe dating someone in person when they have the eyes of a town that does not support gay people on them. Homophobia still exists in schools, sports, and workplaces, too. Fortunately, some laws have been established to protect gay people, so they are not passed over for opportunities without cause. Remember that the best thing you can do is to research a place before you travel there to find out safe places for gay people, how local individuals regard gay people, and what resources exist if you need help. The world can be a scary place for a gay man, and it might feel like you don’t have enough support when you only have to look in the right places to find it. 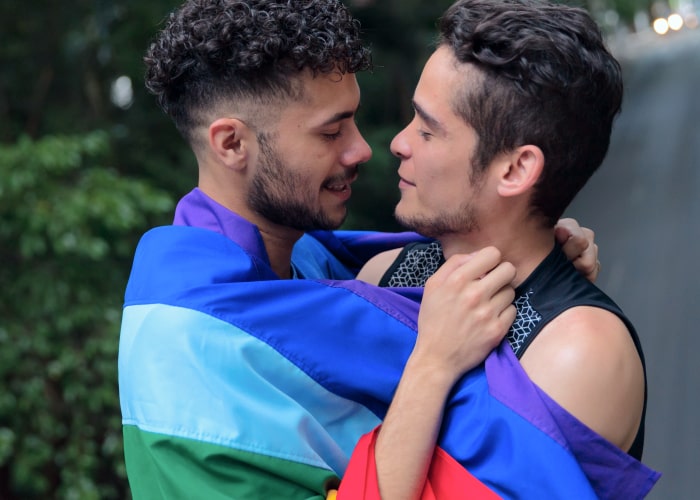 Discovering your sexuality is a process that can be quite involved for people that aren’t straight. You might like men only, women and men, or not have a sexual attraction unless other factors are added into the mix, like a relationship. Once you figure out that you are gay, you will have a better understanding of yourself as an individual. Being gay does come with some unique challenges, though. Society is not always accepting of people, and it might feel like you have few allies. However, using the internet to reach out to your local community can help you meet new people and discover that more people care about you than you think!

Sign up for free!
More articles
Browse popular articles
Author: Jennifer Lorusso
Jennifer Lorusso is a recognized dating and interpersonal relationship expert. As a woman with Psychological degree, she utilizes both her whole life training and her incredible life experiences to serve her readers. She is known for her approachable manner and empathetic abilities. She trully believes that everyone can find true love as long as they believe it is available to them.
Home Experts Talk How to Understand Your Sexual Orientation