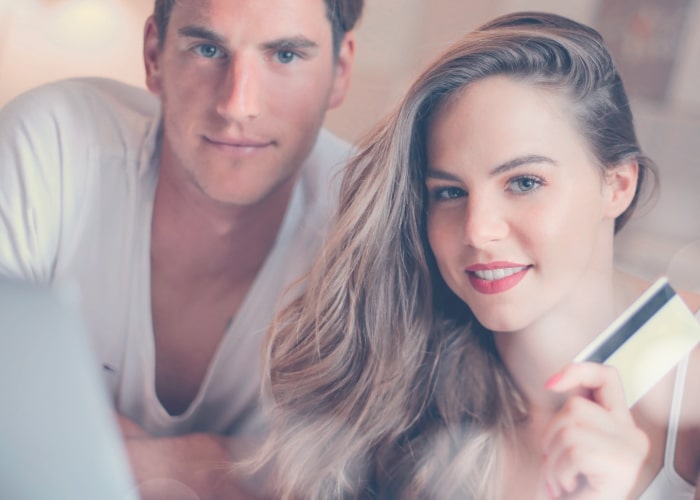 Money and Relationships: How to Reduce Married Couples Arguing for Money?

Why, when, and how you should talk about finances with your partner?

Relationship finances are a major cause of arguments. When looking at the common reasons marriage fails, money is usually near the top of the list. The first question that people have regarding finances in a relationship is why they need to talk about them at all. That question is only fair when:

Aside from these times when the two of you should talk about money, you should leave the topic alone because it's not really your business. When you're just casually seeing each other for dates and have no financial entanglements, you don't have a say in what your partner does with their money. After all, they earned it, and there might not even be a future for the two of you. However, that changes in the future when each of you starts to have a little more say in the overall relationship.

Once your relationship is established, though, who should start paying for everything? This argument is muddied by the most annoying questions in a relationship - who makes more money? 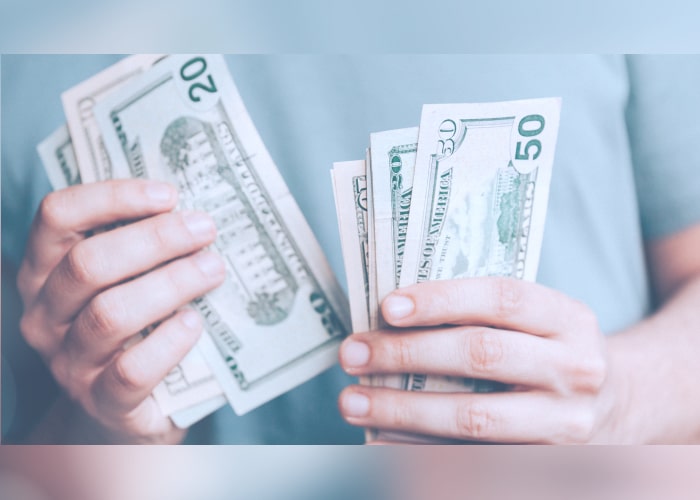 If one person in a relationship makes far more money than the other person, it might be fairer for them to take on the bulk of the payments. Not only would it make the other member of the relationship feel secure, but it would also help them take steps to better their financial standing. Still, many people don't like being used as a bank, even if it is by someone that they love and cherish. This method of having one person pay more might not work for everyone, then.

Another great idea is to go through the list of bills point by point and discuss who is responsible for them. Then, you can determine who should be the one to pay them. Yet, if the two of you combine finances completely in a marriage, then this problem goes away almost entirely. Then, it is replaced by who is spending the most and whether they are spending it on worthwhile items. That is another conversation that you should always have at the end of the month when taking stock of the bills. It is usually a bad idea to combine finances before the two of you get married. If things fall apart, then you'll find that disengaging your finances from your partner's can be difficult.

The money difference in a couple: what are the difficulties and what to do? 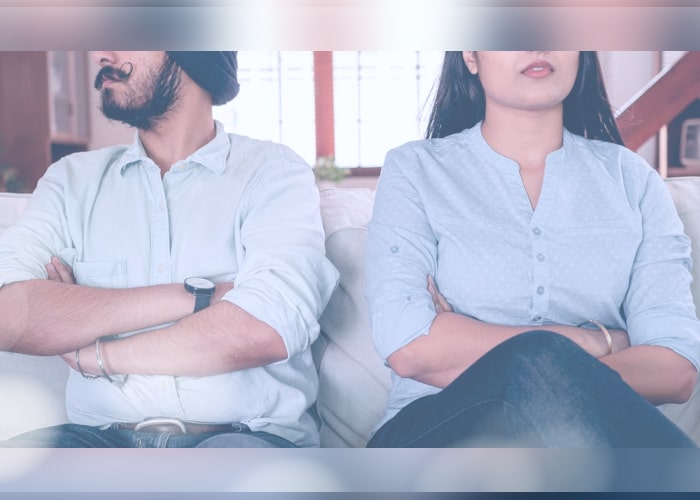 As we've already touched on a bit, when there is a difference between spouse and wife in terms of the money they earn, it can create a problem. One of the most common relationship conflicts is determining who is responsible for which bills. This is usually called the boyfriend's problem at the beginning of the relationship because men are trained from a young age to be the breadwinner. Still, if someone is making more money - a sizeable difference in income - it can create friction in the relationship. There are generally two ways in which this appears.

These two complications are a result of not having a discussion before marriage about finances or not talking about them more than once.

Nobody can decide what is fair for the two of you. Every situation is different. What we will say here is that relationship conflicts over money are common, but they are relatively easy to get past if the two of you look at the issue the right way. It is you and your spouse against the problem, not you against them. Thus, the best way to approach the problem is to talk about everything about money with openness and honesty. Even if the split in bills is uneven, it should never be unfair to one person. This conversation should happen every time one of you gets a raise, incurs a personal cost, or changes jobs. That is the only way to stop these fractures from forming in your relationship.

There is a minor issue that is quickly going away in the present. Men in relationships where the woman makes more than he can be a little touchy. Men are often raised to feel like a provider, and a man would rather put 100% of his check towards bills instead of asking for help. A conversation about partnership and love will help any person abandon these feelings in most cases, and it's how to save a marriage in trouble due to the financial misunderstandings.

How to Resolve Money Problems in a Marriage? 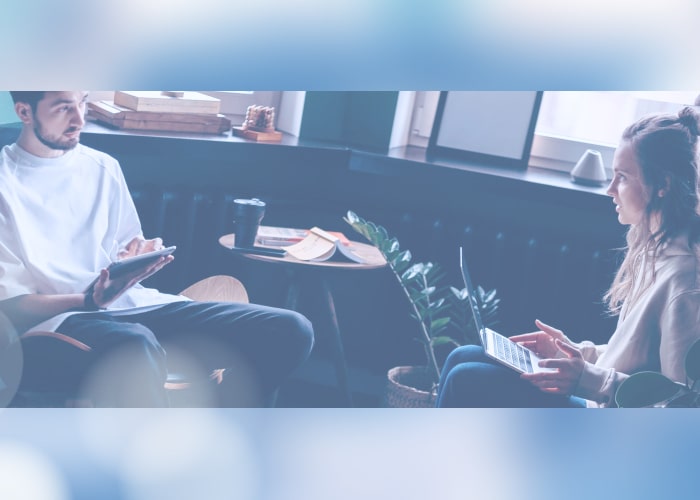 Money and marriage problems are a tale as old as time. Money problems are going to crop up in marriage, but couples are fighting over the issue without end are not doing anyone favors. That's why we're going to identify the most common issues that appear in a marriage concerning money and determine how you should approach them. This financial advice for couples can be used to solve many problems.

Going into a relationship with debt is permissible as long as you meet two important criteria. First, you have to talk about the debt to your partner. If you bring a lot of heavy financial baggage into a relationship, do not be surprised if your partner starts looking for an exit. They know that owing money can shackle you. You must have a plan in place to pay the debt off on time and in full; you can't rely on your partner for money because that isn't fair. Yet, a good partner will often work with you so that you can pay it down quicker. The other thing about debt is that you can't bring it into a relationship without mentioning it. Having debt is one thing; hiding it until marriage can bring everything crashing down.

Too many people get into a relationship, not realizing what kind of person they are and what kind of person their partner is. Generally speaking, people are either savers or spenders. One is not better than the other. Yet, your goals must align with your money as a couple. If a spender gets into a relationship with a saver, there will probably be some friction at first. Yet, if you come to a compromise such as saving a certain amount and spending a certain amount, you're far more likely to experience success as a couple and achieve good things with your money. 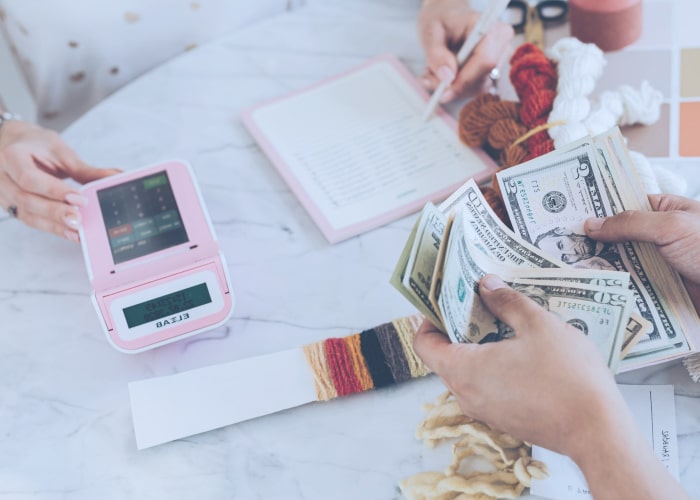 Determine What Money Belongs to Whom

There are three kinds of money in a relationship: yours, mine, and ours. It is very important, especially in light of the saving and spending point above, to establish early on whose money goes where. You should have money that you keep just for you, and its right to do so. You should get to spend money on frivolous things and keep some for emergencies. The same applies to your spouse. Yet, all mutual bills, savings, and long-term goals for money need to go into another account for you both. Deciding how much each person contributes to the shared account is important, and it will save you a lot of arguments as time goes on.

Shared Accounts Can Be Helpful or Hurtful

A lot of people seem to think that their money woes will evaporate if they are transparent with their accounts. That's not always the case, though. Shared accounts will let you see who takes any money and how much each person contributes. Yet, it can turn into one person using both spouses' money for their own needs without firm guidelines in place, transforming the situation into a constant argument. It can also become troublesome if one person loses their job and just dips into the account all the time. Again, firm rules, putting bills first, and constantly holding each other accountable are all ways that you can get the best outcomes for your money in a relationship.

Best Strategies to Save Money for Couples 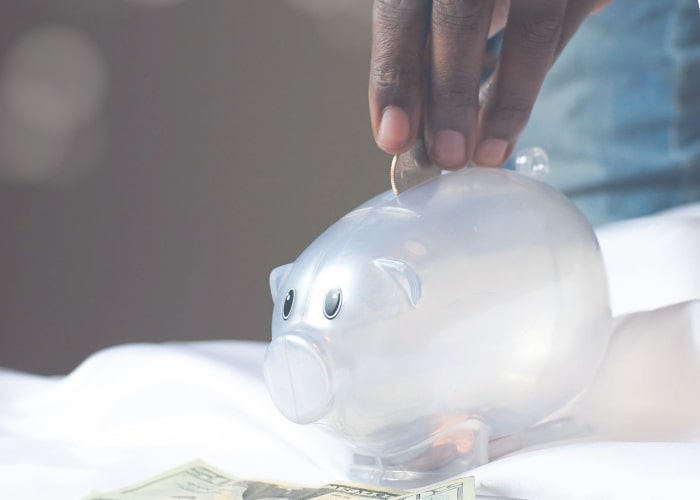 The best financial tips for married couples will always involve working together to solve any problems you have regarding money. We're going to provide a step-by-step guide for how to save money as a couple.

With these strategies, you'll be saving money with your partner and working towards your long-term financial goals.

There are many tips for a healthy marriage relationship, but many of them focus on the people and not the big issues surrounding money. Now that you have a better understanding of money and the ways that it can influence a relationship, you should be better prepared to tackle any issues that appear throughout your relationship. Always opt for fairness, consider talking about money before marriage, and work together with your partner to ensure that nobody feels left out or unfairly treated with their financial situation. Don't let money be the thing that creates hostility in your relationship!

Sign up for free!
More articles
Browse popular articles
Author: Jennifer Lorusso
Jennifer Lorusso is a recognized dating and interpersonal relationship expert. As a woman with Psychological degree, she utilizes both her whole life training and her incredible life experiences to serve her readers. She is known for her approachable manner and empathetic abilities. She trully believes that everyone can find true love as long as they believe it is available to them.
Home Experts Talk Money Problems in Marriage