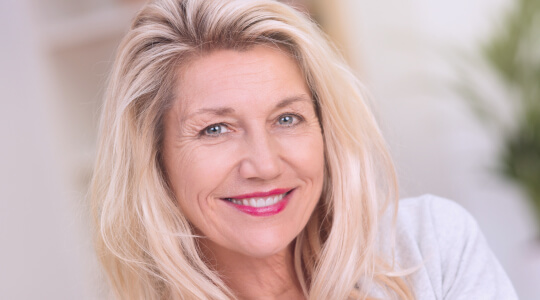 Advice about how long to date before marriage in your 40s

What men look for in relationships tend to be on a par with what their female counterparts are looking for, but there can be aspects where the genders differ. Guys who are going into an environment where they are seeking a date for that night are often up for a series of casual encounters, rather than anticipating what things might be like when they meet someone for a long-term relationship. But if they take advice from people who are already in a stable partnership, they might well change their minds. It's difficult to profile the perfect relationship, but one certain thing is that caution is always to be recommended. Many blogs have been written describing the negative effects of jumping the gun where marriage is concerned. There is no reason to rush ahead with anything, and unlike previous generations where being married was seen as the be-all and end-all of any relationship, people are much more at liberty to take their time about things these days.

Dating in your 40s is quite a different experience to what you might have been typical even a few decades ago. It pays to take some tips from people who have already made the most of their time as they approach middle-age. Every person is different, but one thing that seems to unify a lot of younger people is they consider they have a great life when they are free and single. People approaching their 40s develop a much more mature outlook in life, focusing on aspects of a relationship like trust and the ability to engage in happy conversations and frank talking about all manner of subjects. Couples who have stuck together after meeting when younger will have developed a very strong bond, and although they might not be married by this stage, they will still have developed a healthy respect for each other. Becoming a husband and wife will be the next logical step, but this is not necessarily cast in stone.

How long to date before marriage in your 40s

A lot has been written about the 'perfect age' to get married. This is undoubtedly a figure that has altered over time. In your parents' or grandparents' generation, there was considerable pressure in society for people to get married as soon as they were legally old enough, beginning families shortly after. In the complicated world, we live in today, people are much more at liberty to take their time. There is no real ideal age to tie the knot other than it makes sense to wait until the different parties have the means to provide for a stable and secure marriage. One thing to focus on is how great your life can be with any person in particular as you get time to know them inside and out, sharing experiences as you prepare for a satisfying future together.

Reasons some people wait until they're in their 40s

Some people wait until they are into the 40s before committing because they come from a family background where the marriage was rushed into and ended up in the divorce. When you find a partner you feel is right for you, just because you can envisage a long-term together doesn't mean you have to fret about obtaining a piece of paper which somehow makes everything formal and aboveboard. While it might seem easier to develop a sense of trust when you have committed to marriage, as long as you are happy with a like-minded person, the connections you have forged together should be strong enough.

Should you live together before marriage?

In some cultures, it is frowned upon when people live together before marriage. But more often than not, young people are taking a break with tradition, especially when it comes to forging relationships in the online environment. There is no reason for people to wait until they have tied the knot before getting to know each other and enjoying each other's company. Just because a guy is eager to take his girlfriend to bed isn't sufficient justification for jeopardizing the friendship.

How do you know you're not ready for marriage

When couples have been dating for a while and are in the position where they find they are in harmony over most things, especially the feelings of love they have for one another, it is common enough for marriage to be the next logical development of the relationship. But it is equally true that there are signs which would indicate the couple is not ready to take the plunge yet. It could be that there is a lot of chemistry on the physical side of the relationship, but the time comes when they will have to concentrate on other things apart from just having a good time in the bedroom. Many marriages are the precursor for couples starting families. It's one thing to enjoy a good sex together when there are just two of you in the relationship, but you have to sit down and discuss how you would feel when children are in the equation and you are no longer free to enjoy the same leisure time. You are not ready for marriage if you continually bickering with each other and disagree about fundamental aspects of the relationship.

Everyone is an individual and there are no hard and fast rules about whether or not you are ready for marriage before your 40s, or it would be worthwhile hanging on until you have reached this milestone. Even if you are serious about each other, you need to discuss whether or not you are prepared to progress to the next level. You will need to be honest with each other in highlighting the reasons why you feel you should be making this commitment. If it is merely to appease members of your family who think that this is simply 'the done thing,' then think again.

Jennifer Lorusso is a recognized dating and interpersonal relationship expert. As a woman with Psychological degree, she utilizes both her whole life training and her incredible life experiences to serve her readers. She is known for her approachable manner and empathetic abilities. She trully believes that everyone can find true love as long as they believe it is available to them.