How to Date Someone Who Is Bipolar – Learn the Invaluable Tips

Bipolar, or Bipolar affective disorder (BPAD) was previously known as manic depression and is a mental condition in which severe mood swings occur along with depression. The illness affects around 1% of people globally with symptoms appearing around the age of 25.

In recent surveys, some bipolar were found to have experienced traumatic or abusive childhoods, and often associated with reduced levels of specific DNA repair enzymes along with increased levels of oxidative DNA damage. Symptoms vary in different sufferers from being on extreme highs (mania) to extreme lows (depression) and can last for weeks or months. With BP you may experience varying patterns in depression and mania; however you will also have ‘normal’ moods. The extreme nature of the condition often makes being employed difficult and relationships may be tense and challenging. Men and women are affected in different ways and treatment in the form of mood stabilisers is commonly used with lithium being the main prescribed drug. 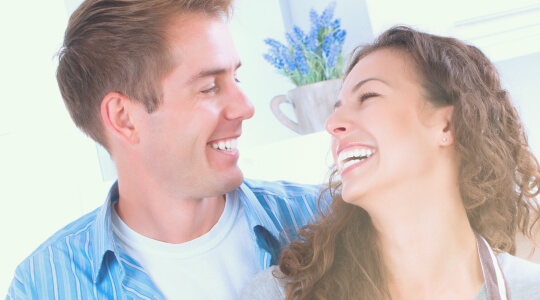 Bipolar sufferers may also experience what is known as a mixed affective episode, in which both mania and depression take place at the same time. They are considered to be at a much higher risk of suicidal behaviour and substance and alcohol abuse which often accompanies this particular mixed phase.

Being in a Relationship with Someone Who is Bipolar

The golden rule to remember is that if you’re in a relationship with a bipolar, then both of you are affected by the condition. You will need positivity to work together to manage it, and the term ‘blowing hot and cold’ really is the case. It’s often a good idea to make a schedule to control mood swings, something that’s a positive daily plan and something that you can both easily work with. Non-bipolar spouses are usually more supportive of the depression aspect of the condition, rather than the mania side. Bipolar relationships often include two with the same condition, however, when only one is a BP when married, divorce rates are often higher. Episodes of mood swings vary from only experiencing them rarely or just a few times per year. There are even some bipolar who never experience any.

Psychotherapy counselling is advised and requires a long-term management plan that includes maintenance medication, along with adjunctive psychosocial therapies requiring careful study throughout. Other symptoms which may overlap the illness are attention deficit hyperactive disorder, substance misuse, and schizophrenia.

Having a Bipolar Affair

Due to the nature of the condition BP’s need excitement during their mood swings; however, when looking into romantic affairs there are elements that need to be understood as quite often life can be a roller coaster ride. Because the symptoms are unpredictable and destructive in various ways, relationships are often tough and any small thing can trigger aggravation. With this in mind it is best not to enter into arguments but wait until he/she has calmed down. Infidelity is very common and is a consequence of a mania episode.

BP women are often highly promiscuous during mania swings and they are prone to reckless one night stands and hypersexuality. They are also prone to taking multiple sex partners and have more interest in pornography.

How to Love Someone with Bipolar

Understanding and coping with the five rules may seem a very difficult task, however, just imagine a brain trying to take aboard the super magical love rush and all that accompanies it, through a deep foggy unclear haze of a deep depression episode? Being in love with a BP is hugely challenging and requires empathy and great understanding.

Why Do Bipolar Relationships Fail?

As with any relationship you need to work at it, but contending with a mental illness such as BP requires a very different strategy. There are many reasons why BP relationships fail however the following are the main reasons:

BP relationships can be highly toxic, and should be a mix of ‘givers and takers’. Throughout challenging times it’s always an idea to join a support network to see you through difficult times.

There are several websites to look at which offer free membership and where you can create a profile and enjoy flirting and chats. Bipolar Dating Service is a good place to start your dating experience.

Take a look at Tendermeets.com which is a fast growing international dating site and whatever your sexuality, bisexual, lesbian or gay, you can link up with like-minded BP’s. Online dating can be mind numbingly exhaustive, but key to specific sites for BP dating where you can enjoy all the benefits that dating sites offer, plus free live chat rooms to join.

Sign up for free!
More articles
Browse popular articles
Author: Jennifer Lorusso
Jennifer Lorusso is a recognized dating and interpersonal relationship expert. As a woman with Psychological degree, she utilizes both her whole life training and her incredible life experiences to serve her readers. She is known for her approachable manner and empathetic abilities. She trully believes that everyone can find true love as long as they believe it is available to them.
Home Dating Tips Dating Someone with Bipolar (BP)