How to start an affair with a married woman – be cautious

When you're a guy seeking a sexual partner, it's natural to be attracted to the outside first, and then the personality second. But you can't always gauge the pertinent points on the first impressions. What happens when the person who has just strolled into the bar and caught your eye is wearing a wedding ring? Couples often socialize together, so you could easily come across a charming wife who causes your heart to skip a beat. Marriage might seem a considerable hurdle for any enterprising single guy to overcome, but a lot of the availability of a married woman depends on how healthy her relationship is. Fortunately, not everything in life is black and white, and females who might seem to be unattainable are often anything but. You'll have a great chance of getting to know a married woman better if you put on a happy face and talk in an affable way. But how easy is it to start an affair? 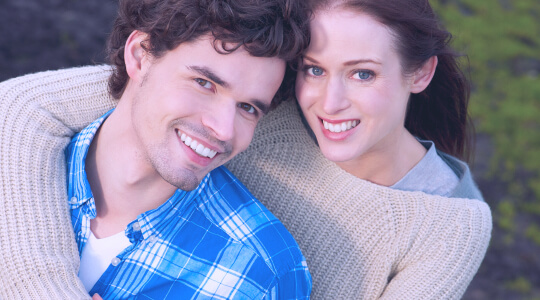 How to have an affair with a married woman

If you want to have an affair with a married woman, you need to get in the zone. Take a break from the normal type of dating you might have been used to, such as talking to single girls in nightclubs, and focus on getting to know someone a little more mature in outlook, and also has a lot to lose if clandestine meetings every became public knowledge. She could have a family to consider. Her husband might not be too keen on discovering his long-term partner has been playing away from home, and might well choose to take out his anger on you. It would be easier to make stringent plans before launching into anything and making waves. Decide what you want out of this – fun or something more meaningful, such as regular hookups. Ensure your meetings are always well planned to avoid risky situations. Above all, keep communicating with her, so you are always appraised about any change in aspirations or circumstances.

Places where married women are up for affairs

Guys looking for dating tips can take advice from any of their friends who have already checked out the availability of local people for extra-marital sex. The first question to be resolved is how to find an affair? You might have a friend who likes to blog about his experiences or a social circle that exchanges gossip via WhatsApp groups. There are many places where single men can seek out prospective partners. Going online will put you in touch with married women who dating sites as a platform to meet candidates for romance. They might not always admit they're married, in case this puts off potential suitors. Checking their profile could give a hint. On the other hand, they might be frank and open about regarding their status as being married but free - well up for a passionate affair. You can also hang out in bars or clubs known to be the haunts of women looking for fun and romance.

How do you know if a married woman wants you?

There are key signs a married woman wants to cheat with you. Many wives are disillusioned with their situation and are eager to inject their social lives with passion. They crave intimate stories and salacious gossip they can share with their friends. They might even have considered the occasional lesbian liaison to add some excitement to their love lives. These types of married women are receptive to the attention of any single guy who is confident enough to be open about his feelings. If he makes the first move, either through flirting in a social situation or by texting – or even sexting – then the woman in question will have good reason to suspect a guy is eager to get to know her better. Mature women are likely to let their feelings be known.

How do you inspire a married woman to leave her husband?

When you feel strong enough to coax a female away from her marriage, how can you be sure you have discovered a like-minded person? Again, it's down to connecting, and communicating exactly how you feel. Married women will be able to establish connections in all sorts of places – if they're attractive and highly-solvent, they already possess the means to attract interest. But it's up to their male suitor to give a strong impression that this is so much more than another fling. Where the single male has been in the habit of browsing the personals of online dating sites or hanging around in nightclubs, he will have to ensure his married partner is left in no doubt that he is keen on leaving his previous lifestyle far behind as he embraces this new relationship wholeheartedly.

How to increase the passion in an affair

It's one thing to start an affair with a married woman, but all your efforts will come to nothing if you fall short in the bedroom. A crucial part of any serious relationship is getting physical, so when you're dating, it's important to be offering something at least on a par, preferably better than what they've been used to up until now. The best way to get a married woman in bed is to stress how passionate your encounters are going to be, and then prove this when you get together. Many women in this position are out to find love in a different setting to their normal one. They'll be keen to experiment with different sexual activities, so this is one area where you can ensure you make a strong impression.

Starting an affair with a married woman isn't necessarily the impossible hurdle it might seem to be. Many wives don't view their marital status as something cast in stone and will be actively seeking new adventures. For all manner of reasons, they'll be open to getting involved with male suitors. As long as you approach a potential relationship with honesty and enthusiasm, you can start an affair with confidence.

Sign up for free!
More articles
Browse popular articles
Author: Jennifer Lorusso
Jennifer Lorusso is a recognized dating and interpersonal relationship expert. As a woman with Psychological degree, she utilizes both her whole life training and her incredible life experiences to serve her readers. She is known for her approachable manner and empathetic abilities. She trully believes that everyone can find true love as long as they believe it is available to them.
Home Dating Tips How to Start an Affair with a Married Woman