How to Know if a Guy Likes Your Body Language

While many signs he's into you are portrayed with body language, most women in today's society cannot spot tell-tale clues and signs men are interested romantically or sexually. As a result, an abundance of potential romantic connections is squandered simply due to a lack of accessible information from the people and environments around us.

This article will teach you the key tips, tricks, and information we know is required to understand the male mind according to what his body language says, without any spoken words being used. More so than women, when guys are interested in dating new females, they often leave easy to see clues that are simple to learn by women, yielding maximum future rewards.

Most men are unable to hide their true feelings towards women they find attractive. For women, unending benefits and information can be gathered, not only to save time pursuing uninterested parties but focusing our efforts and attention on plausible outcomes. 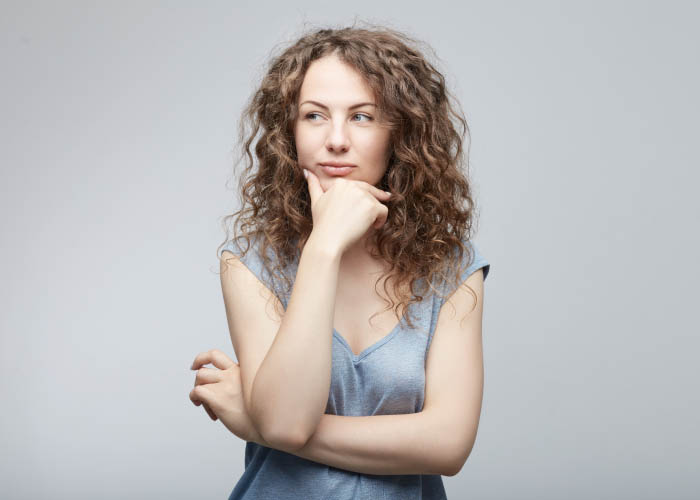 Physical Signs a Guy Likes You

Guys are interested in you romantically when he cannot keep his hands off you. In most cases, the behaviour will be more subtle and may be constituted by the touch of a hand, a gentle rub of the leg or any slight touch. But, the touch will be present!

Men know touching breaks down physical barriers and lead to intimate connections far more quickly, so if he's touching you, he's interested. Opposing, if he's refusing any advancements to touch him or makes it hard by creating a distance barrier, you're wasting your time pursuing him.

When a guy likes you, he'll endeavour to get as close as possible, especially during conversations and exchanges. The longer you're sharing a social situation or enjoying a good chat, the longer men have to close the distance. Men love leaning in, partaking in close, romantic conversations. Although you may deem it difficult at first, it's easy to see! Guys who like you will always come closer. Always!

Signs a Guy Is Checking You Out

Here are some of the signs to look out for to know a guy is hitting on you. The subconscious signs are never wrong!

Physical Signs He's Checking You Out

By now, you've caught plenty of guys checking you out for their heads to swiftly turn in the opposite direction when they catch your glance. Men cannot help themselves but look and admire your beauty, and they're rarely subtle in their approaches, giving you plenty of insight into the way he truly feels.

Men with a distinctive interest in you will always find the things you say hilariously funny! Humans build connections largely through positivity and happy times. There's nothing like seemingly continuous laughter to strike up a strong rapport. Men are clever and know the actions required to reciprocate their feelings!

While men and women display this behavior, it's a clear sign he wants to engage in conversation if he's hasn't already. People tend to subconsciously face their feet in the direction of the thing/person they desire the most in any given environment. If his feet are faced towards you, he's certainly looking to progress your connection to the next level. On the other hand, a guy with his feet placed towards the exit or in another direction isn't interested, and you should save time not chatting.

Have you ever met a guy who does nothing but look at your with a beaming smile, directly into your eyes, almost seemingly right through your soul? At the moment, you knew then he was trying to make things happen. Yes, you were right. Interested men do everything in their power to prolong your moments sharing eye contact. The opportunity to gaze into the eyes of beauty such as yours is not an opportunity to be wasted, rather enjoyed for as long as possible. It's an obvious body language, telling you that he likes you.

Harder to Spot Signs He's Checking You Out

If a man is trying to delve deep into your personal life (not in a creepy, stalkers' vibe type of way) asking you personal questions requiring a lot of thought, it's highly plausible he's assessing how much of a good fit you'd be together if you were in a relationship. Men intentionally probe women they're interested in dating long term so as many nasty surprises as possible can be eliminated.

Although it may seem counterintuitive for guys to hurt you, often interested men go above and beyond to break the touch barrier. In some cases, this is done with playfully fighting, typically no more than an ultra-slow shot to the arm.

His Friends Give You Space to Be Alone Together

If his friends make an effort to give you space to be alone in each other's company, he's already dressed them down on his desire to build and maintain a connection, hence his friends swift, timely departure. Making intimate connections is difficult enough without having unnecessary pairs of ears cramping your style.

How to Know if a Guy Likes Your Body Language

Arguably the best way to know a guy likes you other than him telling new outright is when he mirrors your behaviour. Mirroring is done subconsciously when we humans want to develop a bond with somebody else. We tend to copy their behaviours unconsciously as a result. So, if you take a sip of your drink and your guy also copies, this is a strong indicator he likes you.

While this isn't for all men inclusively, the large majority of this will work. When a guy likes you, you'll notice that he shows nervous signs that can be easily seen to the trained eye. Look for things such as fidgeting, restlessness, shaking his leg repeatedly, rubbing his eyebrows, and all other nervous tendencies that show he's interested.

However, while nervous behavior is an indicator of his interest, some men won't exhibit this behavior due to their confidence. These men are harder to read but will give off other indicators they like you, subconsciously, if they aren't revealing it directly.

When a guy is interested in dating, he'll do everything possible to remain in the moment. The best way to see this is by observing how often he checks his phone and replies to his notifications when you're with him. If he appreciates your time together, make sure he's present, rather than replying to his friends and connections. If so, he's not serious about spending time getting to know you.

When men are talking to females they desire, their voice always softens to a higher tone. The best way to know for certain his intentions is by complimenting him and listening to his voice as he responds. If his tone heightens, be sure he's interested.

A highly revealing indicator of his desire for you is his remembrance of the small things you tell him about yourself. Great examples of this are your favourite foods, places, your birthday or any other fine details people who don't listen simply glaze over and forget. If he can recall the small details you told him weeks before, know he likes you more than other women.

Despite the busy schedules adorned on the majority of available single guys in the dating pool, guys strive to free their time and schedules to make an opportunity to spend some time with you, be that online, FaceTime/video calls or seizing the opportunity you presented to enjoy an in-person date at your chosen location. With rare exceptions, men craft the free time and space needed to spend time together.

While it's the cornerstone of any lasting long-term relationship, men making an effort to offer you frequent, heartfelt compliments are men with a huge interest in you, your well-being and your feelings. For a guy to show so much care and attention, it's clear he's interested in beginning a dating experience.

After reading this article, you are full of information and expert advice on signs to know a guy likes you. Largely, men are similar in their behaviors and actions, and this can be contrasted against what we know about male psychology already to assess how much of an interest he has.

Use the above information as frequently as required to nail your skills how to read body language when a guy is attracted to you and always know when a guy wants to begin dating when a man isn't interested in, and the clear traits showed when he wants to strengthen your connection. Being alone is no fun. Get out and use your newly learned skills to make things happen with hot guys you meet.

For more expertly written dating content, advice and tips, visit our platform today and browse your favorite topics for free!

Sign up for free!
More articles
Browse popular articles
Author: Jennifer Lorusso
Jennifer Lorusso is a recognized dating and interpersonal relationship expert. As a woman with Psychological degree, she utilizes both her whole life training and her incredible life experiences to serve her readers. She is known for her approachable manner and empathetic abilities. She trully believes that everyone can find true love as long as they believe it is available to them.
Home Dating Tips Body Language Signs a Guy Likes You