Learn How to Flirt Online 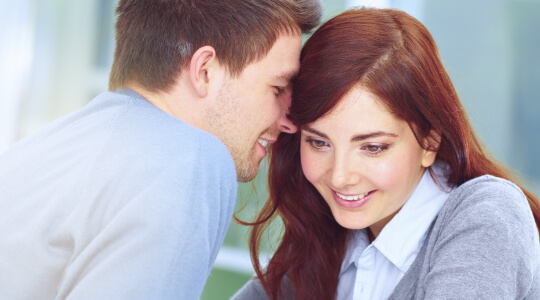 What Does Sliding into DMs Even Mean?

So, the first thing that you need to know is what it means to slide into someone’s DMs. While it was slang at one point, now you can find it using online dictionaries. For example, it is described by Dictionary.com as “To slide into the DMs is online slang for sending someone a direct message on social media slickly and coolly, often for romantic purposes.”

So, the idea of sliding into some direct messages is not just to message someone on social media, but to do it in such a way that you’re actually going to make them stop and think about who you are and what you want. This is crucial for men in the modern-day, who have to not only compete with local men for the attention of women but also with men from around the world that can slide into someone’s DMs and impress them.

So, how in the world do you go about doing this? Well, it’s not all that difficult according to most people. We’ll delve into how terms like this apply to the dating world as we move forward.

Finessing Your Way into DMs

Finessing is a term for when you’re being really smooth and sly about something. There is an air of nonchalance about you. That’s precisely the kind of person that you need to be when you’re trying to ask out men or women.

So, what is finesse in these situations? Often, you will have to have qualities that the other person finds attractive. While some of these are going to be physical in nature such as your age and body type, people on social media and dating sites also consider other elements, too. For example, some people want a person that is local to them or has a certain kind of job that the partner might find interesting or acceptable.

Typically, it’s all about how you portray and “sell” yourself to people. You have to be very realistic about your prospects as a romantic partner and use your best qualities to your advantage.

Yet, none of that even matters if you can’t start conversations with women or men. So, we’ll explore this area of relationships as well.

Have you ever watched a movie where a loser guy is funny and ends up with a beautiful woman? That’s not just happening on the silver screen, it happens in real life. According to experts, making a person laugh is a sign that you have intelligence and that you’re going to be a fun individual.

One of the ways that you can start conversations with women is by being funny. Now, being funny is usually a matter of personal choice, so it helps if you know a little bit about the person that you’re approaching. For example, some people are good at using someone’s name to bring attention to something funny or even using their personal qualities to get a laugh.

An example that some people have used before is by sending a message like “Titanic. Oh, sorry, that was a bad icebreaker.” Not only is this clever, but it might just be dumb enough to make someone laugh and get a reply. On a dating site, once you have a conversation started, everything else is a lot easier.

So, now that you have effectively gotten a response and slid into the DMs, where do you go from there? Well, that depends on the type of website that you’re using in this case. For example, if you’re using a typical dating site, then you could continue asking each other questions and getting to know one another. If it’s through direct messaging on a phone, you might have a harder time getting the conversation going.

Comedy is a good way to start conversations, but depending on personality, it’s also a good idea to ask questions so that you put your potential date at the center of the conversation.

Some of these questions might seem outlandish, but you have to stick out when you’re trying to get into those DMs.

All of these questions make people stop reading and pay attention to you because they are so interesting and thought-provoking. You might find that some people respond better to questions than others, but the fact is that you’ve only gotten someone’s attention. Once you have successfully slid into the DMs, there is a whole other world of dating action that you have to be prepared to deal with!

Whether you’ve been dating online for a while and need a refresher, or you want to figure out how to get started, this is some good advice. Being a funny, interesting person is something that most men and women will like. No matter what sort of relationship you’re looking for, these are some surefire ways to get it going in the right direction from the outset. So, go forth to a good dating site and apply your charms to get dates!

Sign up for free!
More articles
Browse popular articles
Author: Jennifer Lorusso
Jennifer Lorusso is a recognized dating and interpersonal relationship expert. As a woman with Psychological degree, she utilizes both her whole life training and her incredible life experiences to serve her readers. She is known for her approachable manner and empathetic abilities. She trully believes that everyone can find true love as long as they believe it is available to them.
Home Dating Tips How to Slide into the DMs