Questions to Ask Over Text to Keep a Conversation Going

Getting a conversation started doesn't have to the nerve-wracking experience as many people think it is. Imagine talking to any other potential partner if you met in person. While it's best not to be overfamiliar with someone because you don't know how they'll react, you can use this approach to help see them as any other person and form a text conversation.

Many people struggle with starting a text conversation and sometimes satisfied with one word or one sentence, such as "hello" or "how are you". It doesn't leave much for the recipient to respond to and can be a conversation stopper. Or, if you find it hard to reply to men or women you've only met online because they haven't given you much to respond to, it can be a challenge, and you might decide not to reply at all. Even if someone seems like a great match, having little to say leaves both of you unable to get to know each other.

Trying to think of interesting questions to ask can be enough to deter you from finding a long-term partner, but it doesn't have to be that way. Asking about their day, the kind of things that make them laugh, their favorite movies, and hypothetical questions can all keep the conversation going. It also helps you to get to know each other and make a connection. For example, asking where they would travel to if they had a time machine and why can reveal a lot about the person you're texting and is easier than asking personal questions outright.

Flirt a little if you feel like they might respond positively, but don't overdo it. If you decide to flirt first and don't get much of a reaction, don't take it as a sign that they are not interested. Not everyone feels comfortable flirting by text. Continue making conversation instead, and try to get to know them better.

If you still don't know what to talk about, read through the most recent messages several times and think about what you could ask further questions. Or you could relay an experience of your own, to relate to what they have told you. Think of it as any other conversation, but with the advantage that you get to think about what you are saying before you text back. If you were chatting in person, your response would have to be more spontaneous. 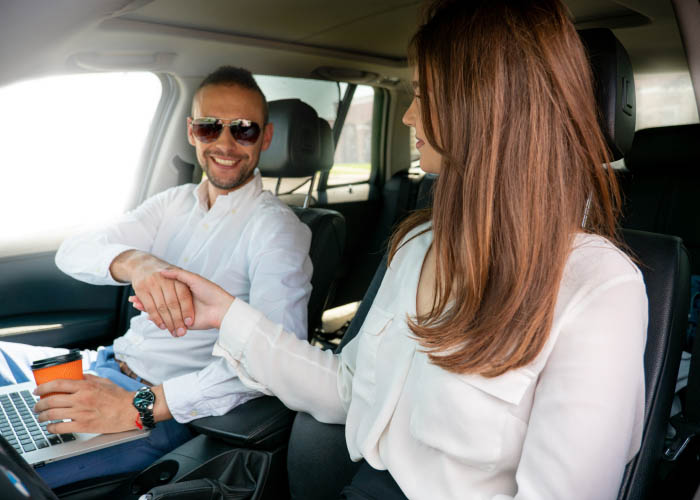 Questions to Ask to Keep a Conversation Going

When taking the step from texting to meeting offline, try not to put too much pressure on yourself. While it will be in both of your minds that this could lead to a relationship, perhaps even to meeting your future husband or wife, take things slowly and live in the present moment.

Discuss things you both like. Although it's okay to have some silences while you take in each other's responses, eat or drink, try not to let too much time pass without saying anything. You will be able to tell the difference between comfortable brief silences and long uncomfortable silence. Try using questions to carry on a conversation. It could be anything that expands on what you've previously discussed by text messages, such as asking about a work or family situation or their hobby. Alternatively, you could break the ice by asking them what they're most proud of or their most embarrassing moment. Anything that keeps the conversation moving doesn't offend and makes both of you smile, which will increase your chances of another date.

It can feel a little bit confused if you just fire off a string of unrelated questions at your date. So, try to delve into the subjects you are talking about. Ask questions to hold a conversation. If he or she mentions an experience they've had, ask more about it. If they seem reluctant to answer, discuss your own experiences and how it relates to theirs.

Showing you understand can encourage them to uncover their soul to you and bring you both closer. While you're still at the "getting to know you" stage, you'll want to find out if you're compatible. If something could make a relationship challenging, you will want to find out sooner rather than later. For example, if you're not looking for someone without children or don't want a partner with their ex still in the picture, asking if they've stayed on good with their ex or if they've ever thought about having children are better ways of phrasing these questions than making it obvious that's not what you're looking for in a relationship. Their answers might not be what you want to hear; then, it's up to you to decide if you want a relationship with them. It also gives you a chance to ask about how these things would impact any relationships they have. If you ask these questions sensitively, it can move the conversation along, show you're prepared to consider dealing with these potential obstacles and are serious about a relationship and everything it might involve.

If you're texting with someone from a dating site, they are probably interested in getting to know you better, or they wouldn't give you their number. So, they may be open to some flirting. It's important to spice up text conversation without coming on too strong. If they send pictures, comment on things such as what they're wearing. Compliment them without being too forward. So, mention if you think their outfit suits them, you like their smile, or if they're in a group photo, you could say they're best looking one. Inserting emojis can also benefit your text conversation. It can be difficult to decipher the intention behind some text conversations, as you don't have the advantage of seeing their facial expressions and body language. Emojis help with that.

You will reach a point where the conversation becomes a little boring when you're waiting to meet up for the first time or the next date with them. Keeping the conversation going without becoming dull can keep the other person interested and build on the connection you've already made. Some things to talk about when bored texting include; things they may have told you about before. It will show you've been paying attention. For example, if they've mentioned something about their family, or an interest in a certain subject, ask about that. So, if they have an interest in technology and you've seen a news article about a ground-breaking development, you could ask what they think about it.

There are some things to say during the conversation that could be about anything interesting you've done recently. It doesn't have to be anything as dramatic as running a marathon or getting a promotion. Simple things like discovering a new bar or restaurant, or an interesting or funny story about something that happened at work, can keep the conversation going. If you decide to mention a new bar or restaurant, this could also lead to the two of you arrange to meet there.

If you don't know them very well, here are some good questions to ask to keep a conversation going.

There are so many interesting questions to keep a conversation going, but they don't need to be about life-changing subjects. It's about getting to know each other, and often little things tell us what we need to know about a future partner. So as long as you find a way to make your text or face-to-face conversations interesting, it will become easier over time.

Keeping a conversation going might seem daunting, but the key is finding what interests them, what you have in common and using questions to expand on what you've already talked about. It will help you meet the right person when online dating.

Sign up for free!
More articles
Browse popular articles
Author: Jennifer Lorusso
Jennifer Lorusso is a recognized dating and interpersonal relationship expert. As a woman with Psychological degree, she utilizes both her whole life training and her incredible life experiences to serve her readers. She is known for her approachable manner and empathetic abilities. She trully believes that everyone can find true love as long as they believe it is available to them.
Home Dating Tips Questions to Ask Over Text