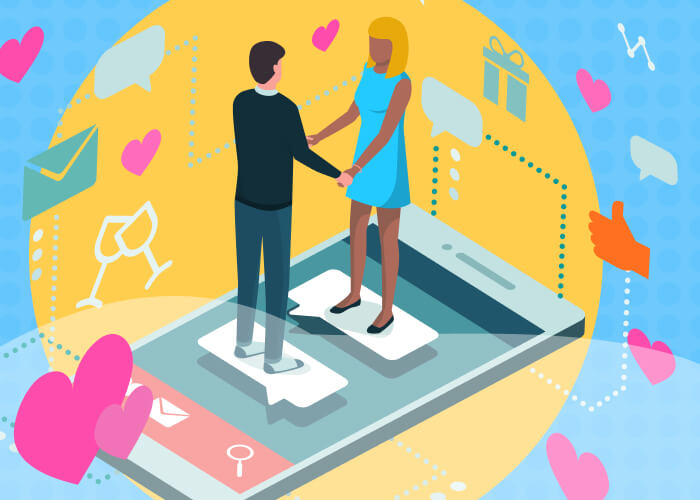 More and more people are turning to dating apps to find partners in the present day. In fact, it’s said that 40% of all adults are finding their partners using dating services. It’s clear that modern dating culture is far more complex than ever before, with people using dating sites for specific kinds of romantic endeavors. Yet, some people wonder whether all this change, instant accessibility, and more are actually helpful to people. After all, one could argue that the ability to engage in constant hookup behavior as some apps promote could lead to unhealthy relationships. However, others argue that digital relationships allow people to date that would have never met otherwise. If we take a look at the present case of COVID-19, we can collectively see the benefits and adaptations in place to keep people from being too lonely. According to results from one dating site, matches on their site have increased 10% since the outbreak started, and more than 20% more people are online compared to the same time the previous month. That equates to roughly 50 million messages between people. There have been many changes brought forth by the pandemic, too, influencing the functions of these sites in response to the pandemic. For one thing, dating sites are allowing people to have a digital “passport” so they can connect with people from all over the world instead of just their own. They have also rolled out the ability to date in a slower fashion for people that are getting involved with online dating for the first time. Also, the bandwidth for video dating has been expanded, some sites have dropped their monthly subscription price, and others are having sales just for this event. After seeing how well sites have responded to this outbreak, it’s hard to characterize dating apps as something that is inherently negative. After all, they have already had a very positive impact on the millions of people that are stuck home alone during all of this.

Still, the question remains: are dating apps doing more harm than good? Most people don’t think so. There are benefits and drawbacks to everything, but there seem to be far more things going for the dating sites than going against them. Still, it’s worth taking a closer look at the overall impacts from various perspectives to show how they are changing the world around us.

The advent of major gay online dating sites like Grindr has greatly impacted the gay community both online and offline. Instead of having to carve out a small corner on larger dating sites, many of which didn’t start offering their services to the LGBT community until recently, there are now LGBTQ dating apps that are specific to a person’s desires. Now, though, there are dating sites that will help people find a partner no matter their orientation. The advent of online dating for gay people radically altered the state of romance for these individuals. In the past, they barely had a place to go online, but new online dating sites help them find love just as frequently as heterosexual couples. Now, many of the biggest dating sites that are out there today have a section just for LGBTQ+ people, and they are heavily included in other aspects of the services such as in advertising for the sites. So, what is the greatest impact on gay online dating? Well, it’s easy to say that the biggest possibility is that these sites made a safe place for gay people to date. Without having to go out in public and “out” oneself, it’s possible to find dates and have fun in a safe and supportive online community. Moreover, modern dating sites have also provided the ability for people to go online just for sex and flirting, like everyone else. While gay people had faced a massive lag with online dating, they are catching up thanks to modern apps.

Of course, you could argue that the same drawbacks to dating online for heterosexual people apply to dating sites for gay people, too. You could face rejection, ghosting, and even run the risk of someone you know recognizing you while you’re looking for dates. Overall, it’s pretty clear that the modern-day incarnation of dating for LGBT+ people is positive online.

How Dating Apps Are Changing the Dynamics of College Relationships 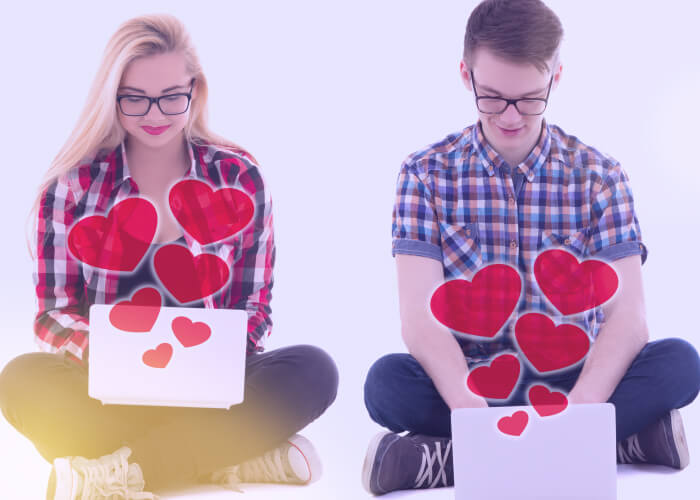 College relationships are important to gauge in the context of online dating for several reasons. First off, these are the first adult dates that many people have, and there are fewer safety measures in place for people in terms of a support group like family and friends. Dating in college is happening online more and more often. Many people like the idea of being able to date on demand. With so many classes happening and new things to do, students don’t want to waste all their time going out to local bars and clubs. Moreover, they might not be interested in the guys or girls in their own classes. Dating apps for college students let them look past those problems of dating so they can focus on getting dates with the kind of partner that they want.

Yet, one of the most interesting things that have come about in recent years is the rise in Tinder culture. This is a reference to the appearance of college hookup apps where people search for individuals in their area and then sleep with them, often without knowing them. While they don’t like to believe it, college students are still young and inexperienced in the world. They don’t realize that there are very significant consequences to sleeping around with people. Fun though it may be to have men and women throwing themselves at you for casual sex, the results aren’t always pretty. People get a bad reputation since the profiles are public. That’s not even to say the mental repercussions of getting rejected by people that aren’t looking for the same things as you. Ghosting, negging, people taking unwanted pictures, and even STIs are some of the problems that are apparent with these dating sites.

However, it seems that every subsequent generation of college students comes with a little bit more maturity and understanding. While dating in college is meant to be a learning experience, there are some inherent drawbacks to easy and casual relationships in this state of life.

The impact of online dating on mental health has been a question since the inception of the practice. Some people believe that only the typical form of dating, where people meet in person the first time, is beneficial to the human psyche. Others have quoted the trouble with online dating sites like the catfishing, ghosting, and other practices.

Studies have been abounding with regards to dating sites. Some claim that they are not problematic while others say that they are harmful in unique ways since they happen online. For example, one of the studies has said that dating sites are harmful to a person’s self-esteem. Since online dating sites and apps are a lot more fast-paced, people are getting friended, dating, and experiencing dating rejection faster and faster over time. The result is that people are focusing on the negative elements of dating when their partner turns nasty at the end of the relationship. Sadly, that can and does have a negative impact on a person’s mental health, especially younger people. Another interesting fact about the psychological effects of online dating is that it can bring out the worst in people. While you may never think to be mean to someone when turning them down for a date in person, when you’re online you can be crueler. That’s because you’re inundated with messages and it gets overwhelming; even nice people can be pushed to the limit from the constant flood of online dates. However, that doesn’t necessarily mean that you can’t benefit from dating apps. A person just has to be careful when they do it.

Dating apps are changing the very fabric of our social existence. People are now able to find partners and start dating them in minutes instead of courting them for weeks. This has allowed people to seek out partners easier than ever before and without having to waste a lot of time or money. However, online dating has also made some parts of dating a little worse. The constant access to one another and the rudeness that comes with anonymity has made dating much more difficult in some respects. Like anything else, online dating websites are what we make of them. So, it’s impossible to bring up the good without the bad and vice versa. Dating apps are changing our society, but it’s up to the users to make it more helpful than harmful.

Sign up for free!
More articles
Browse popular articles
Author: Jennifer Lorusso
Jennifer Lorusso is a recognized dating and interpersonal relationship expert. As a woman with Psychological degree, she utilizes both her whole life training and her incredible life experiences to serve her readers. She is known for her approachable manner and empathetic abilities. She trully believes that everyone can find true love as long as they believe it is available to them.
Home Experts Talk How Dating Apps Are Changing the Nature of Society