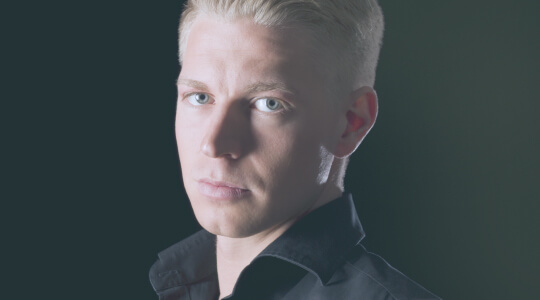 The first thing that we have to look at for some context on the situation is the definition of a sugar daddy. While there is no agreed-upon definition among gay men, a sugar daddy is an older, wealthier individual that desires the company of younger people and is willing to pay for it. While it is nothing as overt as paying for dates as an escort, a sugar baby will still get a lot in return for being a part of such a relationship.

Basically, you’ll meet a sugar daddy and they will tell you exactly what sort of experience they are looking for with their potential partners. For many of them, the whole relationship is meant to be as authentic as possible. So, they want someone that cares for them, or can at least pass off that they do, so their genuine affections are felt. The two of you will date, and in return, you’ll get gifts, money, and the chance to travel with them if you want. It’s great for people that want relationship experience with someone that can take you to nice places.

Now, a lot of people wonder why they like to be called a daddy at all. Well, the phrase sugar daddy comes from Alma Spreckels who married a man 24 years older than her and became heir to his sugar fortune. The name has stuck around for gay and straight people ever since. Yet, the designation of “Daddy” in modern relationships is still important to look into.

According to Esquire, the concept of a daddy being a safer word to say than boyfriend saves time and sidelong glances when an older and younger gay man goes out on the town. There is, of course, a sexual connotation to it, but that may or may not be present in a relationship like this at all. The term sugar daddy, as well as the actual relationship, has many dimensions, but they are a good idea for older guys with more money than they know what to do with and younger men that want to be lavished with gifts.

There is another important element of these relationships to discuss before delving too deeply into being a sugar baby or a sugar daddy. That is how to go about finding gay men, especially online, that are into these kinds of relationships.

Let’s start by talking about why you want to find a sugar daddy or any gay man online. For one thing, it is a lot more convenient than going out and hoping to meet someone randomly. It’s also a lot safer than hoping the man you meet is who they say they are. An online dating profile can be linked to social media accounts and show you exactly the person that you’re looking to date.

So, now that you know that finding a date online can be a lot safer, how do you go about finding men? Well, the trick is to use an online dating website that has a high record of safety. You want one with layers of security on your profile and one where you have the power to remove identifying information until it is time for the two of you to meet.

You want to be sure that your date is the real deal, and these sites can help. Another thing that online dating services provide is a way to make your dates happen when you want them to. You’re busy and your potential sugar daddy is probably busy making all that money to support you as well. That’s why you have to find a comprehensive way to see people, ask them out, and schedule dates - all things that an online dating website can do for you.

In short, a competent dating site is the best idea for sugar babies and sugar daddies alike.

How Do I Be a Sugar Baby?

A lot of people want to be a sugar baby, but they aren’t that sure how to get started with the entire process. The goal is to find a man that is looking for a real connection with someone like you. While the gay daddy or son relationship can be a bit of a thrill, you’ll want something that is deeper so that it lasts longer, or you might just want a fling and some tuition paid off. It’s all up to you.

What matters is that becoming a sugar baby necessitates that you accentuate your youth and desire to meet a man when you’re developing an online dating profile. There is no need to be shy about the fact that you are looking for or open to a gay sugar daddy experience. You can find men that are willing to be your sugar daddy in person, on social media and other ways.

Yet, the method that has the highest chance of working is most likely an online dating site. Not only are these websites specifically geared to help you with the prospect of meeting people interested in these sorts of dates, but you also get other benefits. For example, some guys might want to keep this sort of relationship out of the public eye, which is very easy to do when you join a website. Maintain your privacy and find sugar daddies to be online in large numbers.

As you can see, the chance of being a sugar baby is one that a lot of guys desire and the same applies to sugar daddies. Yet, meeting each other is not always that simple. That’s why going to a website that has a section dedicated to these sorts of relationships is both simple and wise. All you need to do is decide what you want out of such a relationship, meet men, and have a great, safe time while setting up your dates in the future.

Jennifer Lorusso is a recognized dating and interpersonal relationship expert. As a woman with Psychological degree, she utilizes both her whole life training and her incredible life experiences to serve her readers. She is known for her approachable manner and empathetic abilities. She trully believes that everyone can find true love as long as they believe it is available to them.