For as long as most of us have been alive, monogamy has been the accepted and expected social “norm” of society. But times are changing, and the world is growing past its infancy. Society is maturing, and becoming more accepting of different types of relationships.

One type of relationship surging in popularity is polyamory. In fact, according to Google, it was the fourth most searched relationship term on their search engine in 2017. But what is polyamory? Well, truth be told, it is a difficult concept to both explain, and understand. There are even those within the “poly” community who have a hard time grasping exactly what being “poly” really means. There are many assumptions, misconceptions, and stereotypes associated with the term, especially within the LGBT section of society.

Let’s start by explaining what “polyamorous” means. Then we’ll explore some of those myths, and try to shed some light on what it really means to be “poly.” 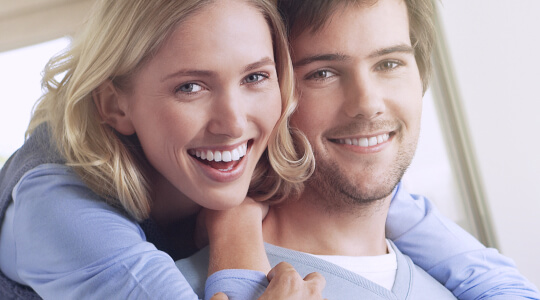 What Does Polyamorous Mean?

The definition of polyamorous is quite basic: the polyamorous person is “characterized by or involved in the practice of engaging in multiple sexual relationships with the consent of all the people involved.”

So yes, the definition is basic. However, it leaves quite a bit unexplained. For example, is polyamory only for those wishing to engage in multiple sexual relationships? Here is where the myths come in:

What’s it Like to be in a Polyamorous Relationship?

Although the experience is different for everyone, the general consensus is that living a “poly” lifestyle is complicated. It can be a tremendous challenge for monogamous people to find time to spend with their significant other, and they only have one. Trying to find ways to divide your time evenly amongst multiple partners can be a balancing act of herculean proportions.

It takes a very dedicated and organized person to successfully lead a polyamorous lifestyle. They must be as committed to the idea of polygamy as they are to their many different partners. Obviously, it is not the life for everyone.

A polyamorous lifestyle is not something which should be taken, or entered into lightly. If you aren’t serious about it, and willing to dedicate yourself to making it work, it can and will quickly result in disastrous consequences for you and your partners. Humans are often jealous and suspicious of others. Trust and communication are essential in any polyamorous relationship. Without them, the situation is doomed to fail before it begins.

The other major factor to be considered is the judgment you will most likely receive from your friends and family members. Not everyone is accepting of “alternative” lifestyles, and you may find yourself alienated from the ones you love. You should decide if this is something which you can live with before engaging in any such relationship. And that judgment goes beyond the people in your immediate life. You may experience discrimination from religious groups, political affiliations, and even possibly employers. Yes, society is becoming more accepting of new ideas and ways of life. But it’s not quite there yet. And there are many still clinging to their concepts of “normal,” and “right and wrong.”

Is a Polyamorous Relationship Worth it?

This is a question which can only be answered by the person who is entertaining it. Again, it is certainly not the right lifestyle for everyone. But for those who can dedicate themselves to it fully and completely, the benefits can be substantial. Making deep connections with multiple partners can be both rewarding, and fulfilling!

Sign up for free!
More articles
Browse popular articles
Author: Jennifer Lorusso
Jennifer Lorusso is a recognized dating and interpersonal relationship expert. As a woman with Psychological degree, she utilizes both her whole life training and her incredible life experiences to serve her readers. She is known for her approachable manner and empathetic abilities. She trully believes that everyone can find true love as long as they believe it is available to them.
Home Dating Tips Polyamorous Relationship Advice